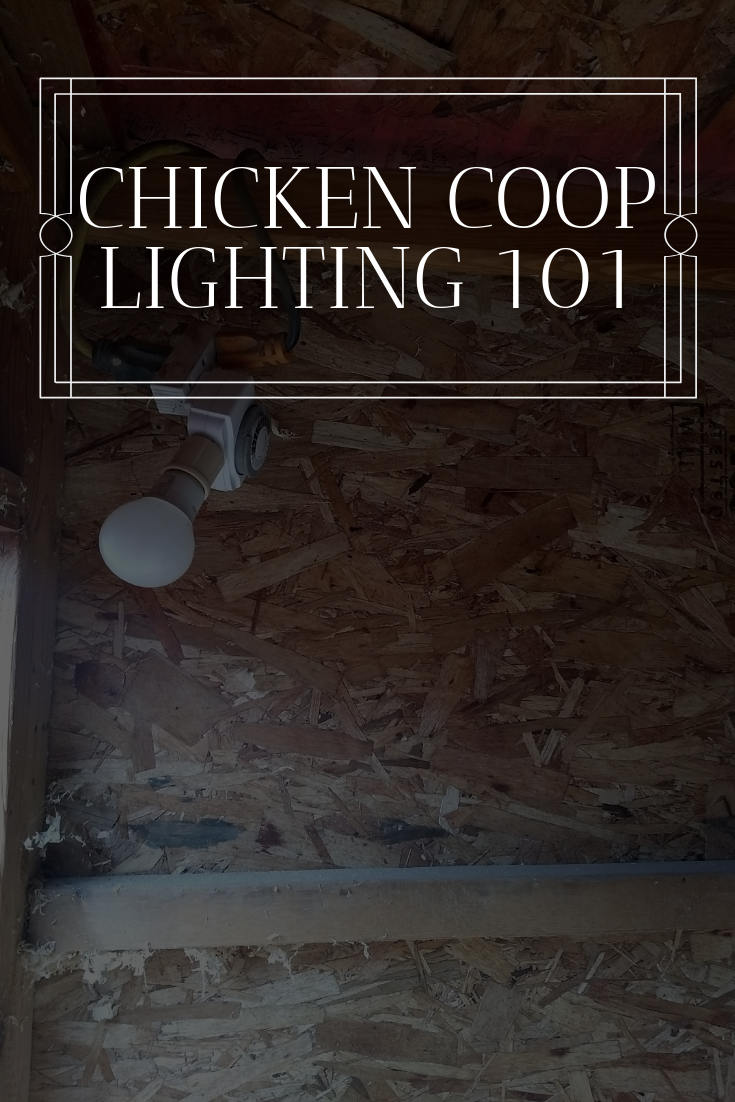 There’s a pretty good chance this post contains affiliate links.  This means if you click them and purchase, I get a little coin in my pocket.  Don’t worry, it doesn’t cost you anything extra.

The days are getting shorter, the temperatures are dropping, and Christmas songs are already being played on the radio.  It’s not even Thanksgiving for crying out loud. And just as an aside, the commercialization of Christmas is just appalling.

But this also means a drop in egg production.  Shorter days mean less sunlight, and less sunlight means fewer eggs.  This is… Kinda true. I’ll try not to get too geeky here.  I sorta promise.  The real reason is not a decrease in daylight, but an increase in darkness. You see, the pineal gland, which is part of the endocrine system, is responsible for releasing hormones that stimulate egg production.  It’s also responsible for melatonin production.  Darkness stimulates melatonin production, and melatonin stops those hormones from reaching the ovary.  Fewer hormones, fewer eggs.

So what do we about this? Simple. We reduce the amount of darkness and add light. But what kind of light? Meh, whatever right? Just throw an incandescent bulb in there for a couple hours and call it a night, right? Umm, no. While the ultimate goal is to reduce darkness, the light we put in the coop should replicate sunlight as much as possible. It’s important to replicate daylight as much as possible because sunlight provides Vitamin D, and Vitamin D helps regulate a lot of these hormones I keep talking about.  So now let’s get geeky on comparing incandescent bulbs, vs fluorescent, vs LEDs.

Sunlight is measured in red, green and blue wavelengths.  With morning and evening sun being rich in red and greens, and midday light being rich in blue.

Incandescent bulbs produce wavelengths that have a lot of red and green light, but very little blue.  So it’s replicating evening sun more than midday.  This doesn’t mean you shouldn’t use them if it’s your only option.  They’re still better than nothing.

Fluorescent bulbs.  I’m not going spend too much time on fluorescent.  They mimic daylight horribly and should be avoided.  Plus they’re filled with mercury.  And I don’t want mercury near my chickens.  Especially the way they peck at everything within reach.

LED bulbs, on the other hand, are worth spending some time discussing.  LEDs might not have as strong red and green as incandescent, but it has lots of blue and a good amount of reds and greens.  So they don’t mimic sunlight exactly, but for now, they are the next best thing to sunlight.  Other advantages are that they don’t require much power, and have the longest lifespan of all three bulbs.

And the winner is:  Obviously I’m in the LED corner on this one.  Closest to sunlight, lower power consumption, won’t break like the other bulbs and longest lifespan.  Pretty clear winner.

So how to implement it?  My solution was to run a heavy duty extension cord out to the coop, which I buried.  This is not ideal.  If you are going to run power out to your coop, do the right thing, and hire an electrician.  DON’T BE LIKE ME.  DON’T DO THIS.  I’VE DISCOVERED A BETTER SOLUTION.  READ BELOW THE IMAGE FOR THE UPDATE. I then rigged up a timer, a plugin light socket and a 40-watt equivalent LED bulb.

As I said, this is not an ideal setup, but it works for now.  Ideally, you’d set something up that would run a 12v LED bulb off a battery already located in the coop.

*UPDATE*  A search on amazon came up with the better way of running an LED bulb off of your battery you already have in your coop.  Because you already have the automatic chicken coop door opener I designed.  Right?  You don’t?  Check it out here:

Ok, that’s out of the way, so here’s the new 12v system.  Click on the link below to buy them on Amazon.

Note: Commissions may be earned from the links below.

I’d like to touch on one more thing before I end the post.  There are some people that disagree with lighting the coop during the winter.  They think it’s natural and necessary for the birds to stop laying during the winter, for whatever reason.  We are not those people, obviously.  Our opinion is that you only get a few good years of laying before a bird is destined for the pressure cooker.  We sell our eggs.  We sell a lot of our eggs, for a profit.  If a bird isn’t laying anymore, they become a burden on the homestead.  And while I love my chickens, they are an animal after all.  Once they stop laying, they become dinner.  Truly miracle birds.

This site uses Akismet to reduce spam. Learn how your comment data is processed.

This website uses cookies to improve your experience while you navigate through the website. Out of these cookies, the cookies that are categorized as necessary are stored on your browser as they are essential for the working of basic functionalities of the website. We also use third-party cookies that help us analyze and understand how you use this website. These cookies will be stored in your browser only with your consent. You also have the option to opt-out of these cookies. But opting out of some of these cookies may have an effect on your browsing experience.
Necessary Always Enabled
Necessary cookies are absolutely essential for the website to function properly. This category only includes cookies that ensures basic functionalities and security features of the website. These cookies do not store any personal information.
Non-necessary
Any cookies that may not be particularly necessary for the website to function and is used specifically to collect user personal data via analytics, ads, other embedded contents are termed as non-necessary cookies. It is mandatory to procure user consent prior to running these cookies on your website.
SAVE & ACCEPT